From 3 Applications to 1: How a Hospice Streamlined Their Operations Using Sumac

Since 1979, the Hospice of Windsor and Essex County has been building a community of support for people who are affected by or caring for a person with a life-altering diagnosis.

Five years ago, Stephanie Stones, who is the IT person at the hospice, started looking for a new database because Sage FR100 was becoming obsolete. If they continued using it, they would have to recreate the whole database and would be charged per user, which was not something the hospice could afford to do.

Stones started looking for an alternative solution that was highly customizable, and could accommodate their unique needs. She found Sumac. Not only would Sumac be able to replace Sage for donors, but it would also replace two other applications used for volunteers and scheduling. Stones also loved the security features Sumac offered to protect client data. “We could lock records so that only people dealing with the case could see it,” said Stones. “These security features are incredibly important to hospices dealing with sensitive client information.”

To determine whether Sumac would work for their needs, Stones created a group of users to test Sumac and make sure it could house all their data and their processes ran smoothly. Because Sumac is highly customizable and has a Case Management and Volunteer Add-on, they weren’t just able to make it work, but they improved their processes! According to Stones, “switching from three applications to one significantly streamlined operations, reduced paper use, and made stats easier to gather.”

Gathering stats is incredible important for the hospice becasue they are funded by the Ministry of Health, donors, and the Local Health Integrated Network, and they need to report back to all of them on how funds are used. “Before Sumac, we were operating in silos” said Stones. “Now that everything is integrated, it’s easier to gather stats and submit them to the board.”

Stones hasn’t stopped there though! Since consolidating donors, volunteers, and scheduling into Sumac, she’s also moved their Wellness Program into Sumac’s Course Registration Add-on, and their Clinical records into Sumac’s Custom Add-on. And she’s now talking to other hospices about how they too can use Sumac to meet all their needs. 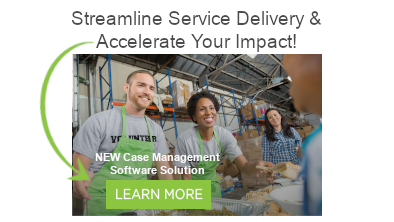