If your nonprofit organization is looking for new sources of funding for a long-awaited renovation of your headquarters, or another big-ticket project that can’t be covered by your annual fundraising effort, then you have come to the right place.

What is a Capital Campaign?

A capital campaign is a targeted effort to raise a substantial amount of funds for a big-ticket project within a certain period of time. That time can range from a few months to as long as five years or more.

Capital campaigns differ from other forms of fundraising efforts, in that they are massive projects that can span years and cost tens of thousands of dollars.

The object of a capital campaign is to raise enough money to fund any large-scale projects either by the nonprofit itself or on behalf of the nonprofit in the community it serves.

However, before you dive headlong into a capital campaign, you have to make sure that you have the following:

1. Get the full backing of the Leadership and the Board of Directors

Getting a buy-in from the Leadership and the Board of Directors is essential, because of added expenses and because both these groups play a vital role in the success of your capital campaign.

A consultant is an outside expert who has run a capital campaign before and who can help your organization by providing specific services that will lead to a path for success. Not having the board of directors on board with your plans can be considered a deal breaker. More here: The Capital Campaign Deal Breaker.

2. A Dedicated Staff to Carry Out an Ambitious Plan

You will need enough personnel to form three committees. Namely:

Most of these committee members can come from inside the organization, however the members you select need to be enthusiastic and eager to take on these roles.

3. A Way to Determine Your Needs and Your Goals

First set a realistic goal that can be accomplished. You should also have a clear idea of how the funds will be used. After outlining a financial goal and a budget, you can use a gift chart to determine how much funds you can reasonably raise.

Work with your consultant to start identifying your best prospects. Map out your gift range chart and list how many gifts of a certain size you’re likely to secure. This will enable you to see how many prospects you’ll need to solicit for each gift size in order to meet your fundraising goals.  You can also look for backers in your organization. See who on your Board knows a good prospect and is willing to make a solicitation in person.

Note: Make sure to factor in all costs. For example, if the funds are for a new building, you should factor in all the relevant costs and labor that the project will require. More here: How to Lay Early Groundwork For a Future Capital Campaign

4. Your Nonprofit’s Permission to Conduct a Feasibility Study

A feasibility study is generally conducted by experts in this field who help you gauge whether or not you will be able to meet your goals.

Such a study consists of third-party interviews of key stakeholders and important members of the community (including your prominent board members) to see if they would be willing and able to help fund the capital campaign in question.

The objective is to determine, in advance, if there is enough interest and support to move forward, and to ascertain how much your existing donor pool will realistically contribute.

Feasibility studies are often conducted by a third party because interviewees and potential donors are more likely to be candid with someone from outside the non-profit organization.

A feasibility study seeks to answer the following:

This information gleaned from a feasibility study can now steer the path of your capital campaign and help you refine your goals.

The 4 Important Phases of a Capital Campaign

Writing the Case for Support

The case for support is a simple, but powerful document that helps persuade potential donors to give to your capital campaign. Done right, it stirs people into action!

Components of a Successful Case for Support

Be sure to get your consultant, your three committees, and your department heads involved in crafting the case for support, because they are the ones who will ultimately be responsible for your campaign’s success. Plus, you can benefit from the varied perspectives that these individuals bring to the table.

Here’s a sample case for support from Joe Garecht Fundraising: 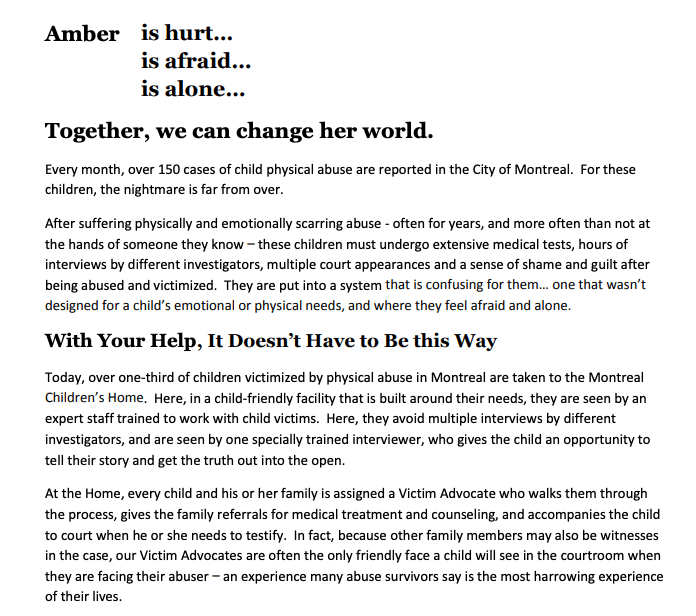 Review past fundraising appeals. Before determining who to solicit for donations and how you will raise money for your capital campaign, it is a good idea to look to the past to determine who your loyal donors are, to what initiatives they have donated in the past. This will help you decide on the best route to take.

Include a contingency plan to avert a disaster. Be alert to hidden costs, and plan for handling unforeseen circumstances which could be a large stumbling block to any plan. Unfortunately, there is no crystal ball that can accurately foretell the future, so it is prudent to add emergency funds.

Build into the budget all fundraising collateral and prospect solicitation materials. Before you launch your campaign, make sure that you have budgeted for all items related to fundraising events, major gift donor cultivation appeals, direct mail appeals, videos, marketing materials, support documents and for all other communications media you may need. Get insight into your current supporters. This is where your database can help you to determine who is giving at which levels and who might be most appropriate for solicitations. You can get more sophisticated and use a prospecting tool, or AI tools like Wisely for this. 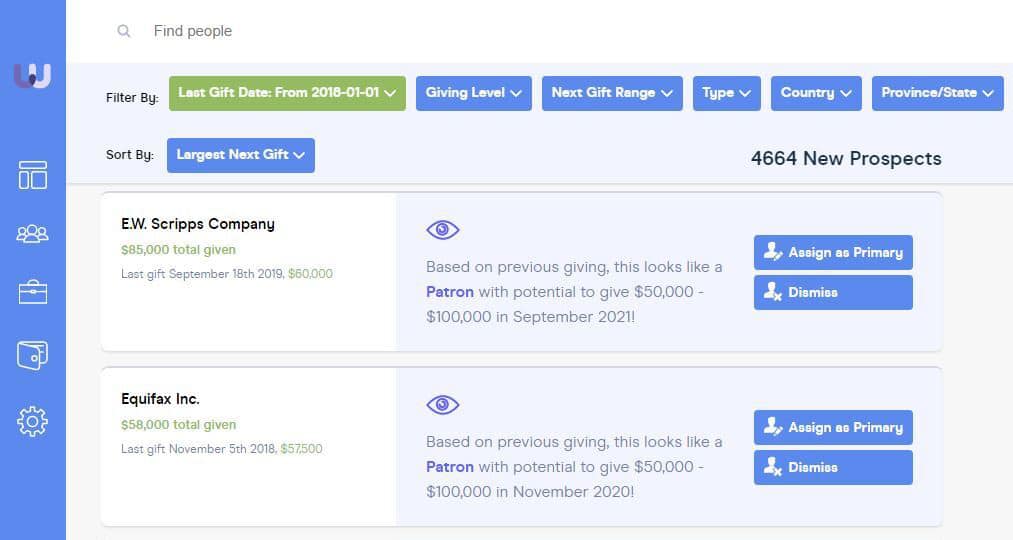 Time to use your Steering committee. Have members of your steering committee make personal phone calls to set up meetings with the selected current and new prospects. Think about all communication channels. Direct mail, emails, social media posts, crowdfunding, phone calls, ads, local newspaper publicity, Facebook posts, public service announcements (PSAs) and videos. All of these channels can be used to reach different donors. See what your budget allows and what makes sense. Consider contacting large corporations in your area. Many corporations like to give back to the community by linking with a nonprofit organization. However, what most corporations seek is a synergy between themselves and your organization. Remember, donations come in all forms. From individual supporters, from volunteers and from corporations and suppliers who make in-kind contributions or work pro bono.

Take heart, here below are two examples of small nonprofits that have conducted a capital campaign and raised big money.

When the nonprofit FoodShare was given an eviction notice they had six months to find another location and move lock, stock and barrel from their current one.

While Management was busy finding a new location the Steering Committee briefed their direct marketing firm to launch a capital campaign to help raise funds.

The direct mail campaign targeted current donors, suppliers and local organizations in the area where they would be relocating.

Here is the direct mail package and a dedicated website page that helped raise over $300,000 for the organization in just six months. Traditionally all the annual direct marketing campaigns only generated about $70,000.

To draw attention to the problems faced by kids with mental health problems, a public awareness capital campaign was launched with TTC posters, bus shelter, ads, a direct mail piece and two television PSAs that focused on the importance of early intervention. This was the outcome:

Finally, although capital campaigns are generally initiated by large nonprofits, like hospitals and educational institutions, to raise funds for concrete projects such as new construction and building renovations (hence the nickname, brick-and-mortar campaigns), this should not be a deterrent for smaller nonprofits. You can implement a capital campaign too.

This document can now serve as a guide for your nonprofit to run a successful capital campaign. If you need a database to manage all of your contacts, communications, and donations, Sumac might just be the perfect fit!